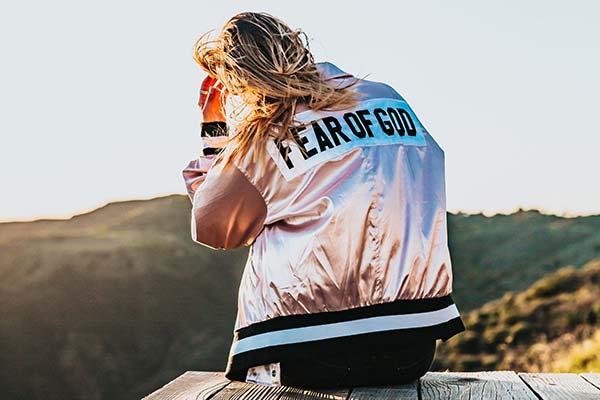 Pastor John scared the Hell out of his congregation.   Some say literally.  As he preached, Pastor John described sinful men as hanging perilously over the mouth of Hell, held up solely by a single thin thread of the grace of an Almighty, offended, angry God.   Before his sermon, “Sinners in the Hands of an Angry God” was over, screeches of anguish and outright panic swept the pews, with people crying out, ‘What must I do to be saved?’

Preached 272 years ago next Sunday (July 8, 1741),  historians point to this sermon as a key element in fanning the flames of a revival in Colonial America called, The Great Awakening.

Was Pastor John right or wrong to put the fear of God in his flock?  Is the fear of offending God Almighty a valid tool to motivate the aggressive pursuit of holy attitudes and actions in those He created?  Is it wise or even right to suggest that a person can go to the well of grace too many times?

First, let’s define fear.   There are two main definitions.  First, it’s an emotion of alarm caused by the expectation or realization of danger.   Second it is also a deep sense of reverence or awe toward something or someone of supreme value.  I feel the first kind of fear standing against a skyscraper railing, knowing the inevitability of a life-ending splat at the bottom should I topple.  I feel the second kind of fear if given the opportunity to pick up the original copy of the Declaration of Independence, knowing a person just does not even touch a document like that because of its rarity and intrinsic value.

Second, let’s define who “we” is.  I want to limit this discussion to believers in the God of the Bible, not those outside belief.  In other words, the people of the Old and New Testament God.  It is primarily these people to whom the Scripture speaks.

The phrase to ‘fear the Lord’ or comes up dozens and dozens of times in Scripture.  So which kind of fear is this, people of God (I will use the label ‘Christians’ from now on)?  Is it knee-knocking panic knowing my life or even my eternal destiny is hanging on a thin thread held up only by the grace of a holy but offended Creator?  Or is it heart-pounding awe that Whom I am facing is of infinite power and value?

When you get a bunch of Christians into a room and talk about this subject, the metaphor of God being our Father surfaces quickly.  You, know, Abba.  Daddy.  We don’t have the knee-knocking panic that our destiny is hanging by a thin thread of grace before an offended father  – well, except for those times I expressly disregarded his clear direction and did what I wanted to anyway.   And besides, even if we did fear our human fathers with that first kind of knee-knocking, my-life-is-history fear, it was because our fathers were broken and sinful, which of course God never is.  Inevitably the conversation is shortened when someone in the room cites 1 John 4:18, “Perfect love casts out all fear.”  And since God loves His kids perfectly, the discussion over.

But is the fear of the Lord just reverential awe?  Listen to what Jesus says in Matthew 10:28

“And do not fear those who kill the body, but are unable to kill the soul,but rather fear Him who is able to destroy both body and soul in Hell.”

Who is Jesus speaking to?  His twelve disciples.  Who is the Him in this verse?  God, not Satan.  What kind of fear is it?  Sounds like the kind of fear Pastor John was preaching in his church 272 years ago next Sunday.

Is there a place for a strong emotion of knee-knocking alarm in a Christian that I am endangering my very soul in the presence of a Holy, Almighty and offended God?  Or does the reverential awe as I continue to build my sense of wonder  in the beauty, power, and infinite value of my God sufficiently replace it?

Pastor John’s message was aimed at the lost in his audience that morning 272 years ago next Sunday.  But I am wondering if Pastor John wasn’t on to something the believers in our congregations are missing.

What do you think?